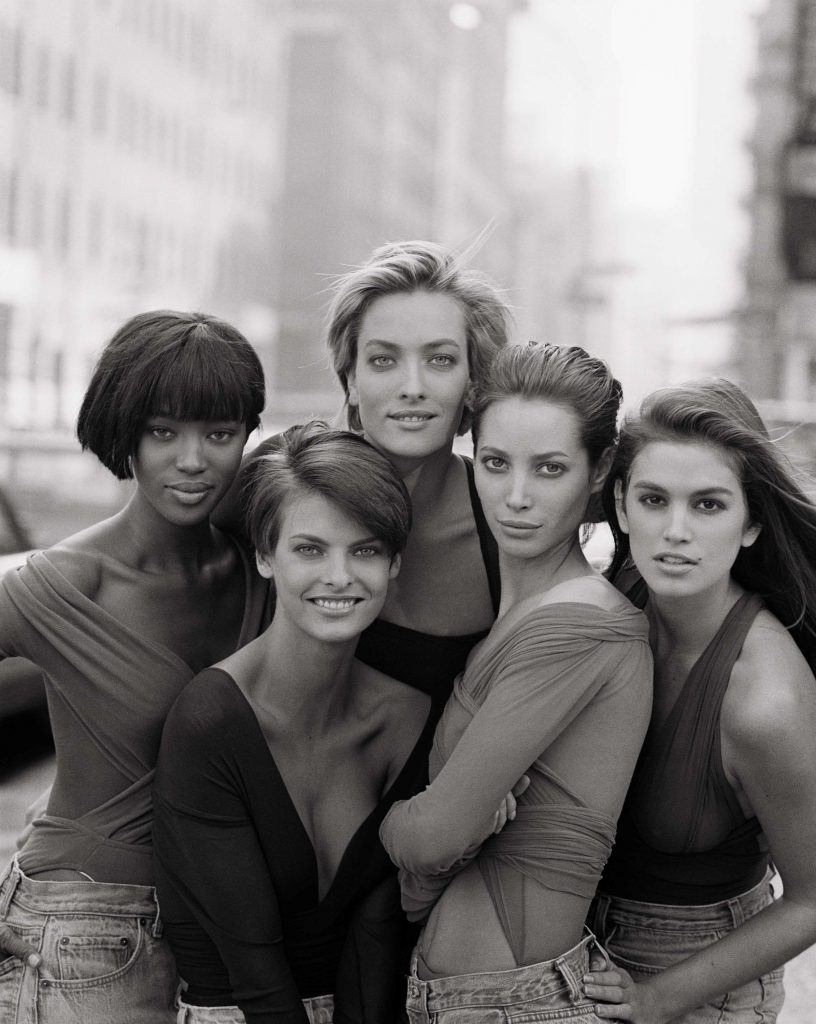 Only Lindbergh could have made this world-class summit of the “supers” come together. After all, two years earlier, he had catapulted most of them into stardom by photographing them in white Oxford men’s shirts play-fighting on a Los Angeles beach. That 1988 fashion editorial for Vogue USA had given birth to the “Glamazons”, empowered women of strength and independence. No longer were models to have big hair and big jewellery, no longer were they to look like trophy wives. Lindbergh had picked the then not very well-known models—Christy Turlington, Linda Evangelista, and Tatjana Patitz, among them— that were not prettier than others, but had unique personalities. He treated them not as models, but as women. And with that editorial, a new kind of fashion story was invented, a cinematic one that incorporated a narrative of inner beauty and timeless style. 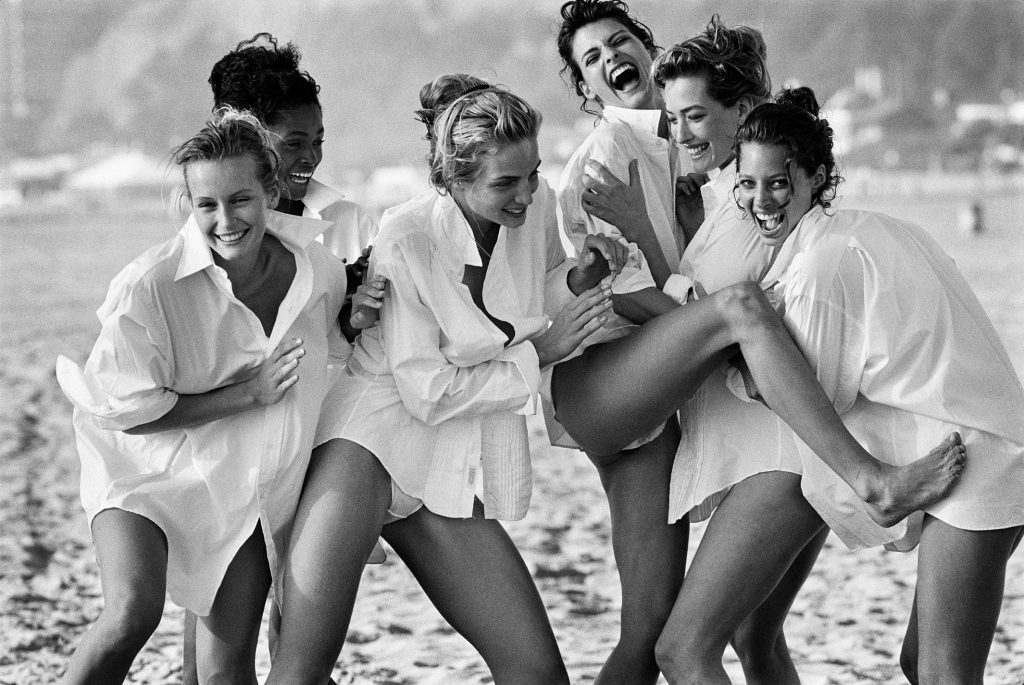 Peter Lindbergh was 27 when he picked up a camera for the first time. Born in Poland in 1944 and orphaned in a young age, he grew up poor in south Germany. In the early 1960’s he enrolled in the Berlin Academy of Fine Arts seeking to follow the steps of Van Gogh (his idol), but eventually, photography stole his heart. He did his first fashion shoot for Stern magazine in 1978 and has been working non-stop since.

Famously, when Anna Wintour took over Vogue USA in 1988, she chose for her first cover as Editor-in-Chief Lindbergh’s portrait of Israeli model Michaela Bercu in stonewashed Guess jeans and an haute couture Christian Lacroix jacket with a beaded cross. The magazine’s printers called up and asked: “Has there been a mistake?”. It was so unlike the uptown women with tons of makeup that were typical of Vogue’s covers back then. “It broke all the rules. Michaela wasn’t looking at you, and worse, she had her eyes almost closed. Her hair was blowing across her face. It looked easy, casual, a moment that had been snapped on the street, which it had been, and which was the whole point” Wintour explained. A new era had begun. 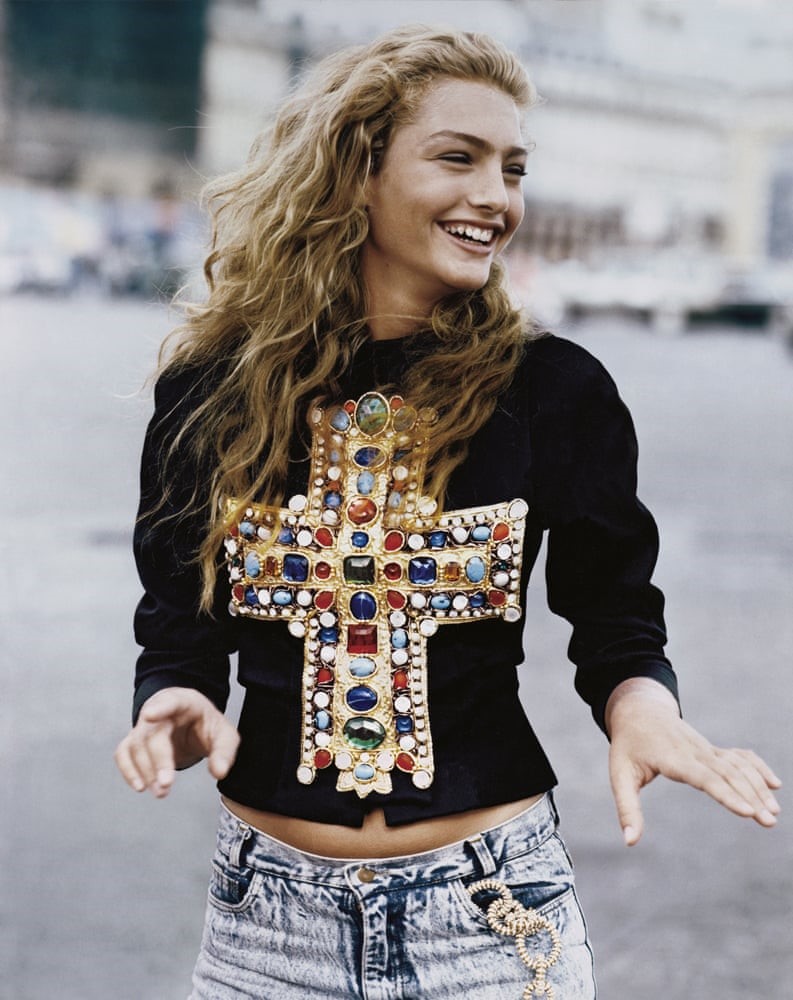 Soon enough, Lindbergh was creating some of fashion’s most iconic photos. Kate Moss looking at the camera for Harper’s Bazaar in 1994, reflecting documentary photographer Dorothea Lang’s heroines, her gaze revealing melancholy and intensity. 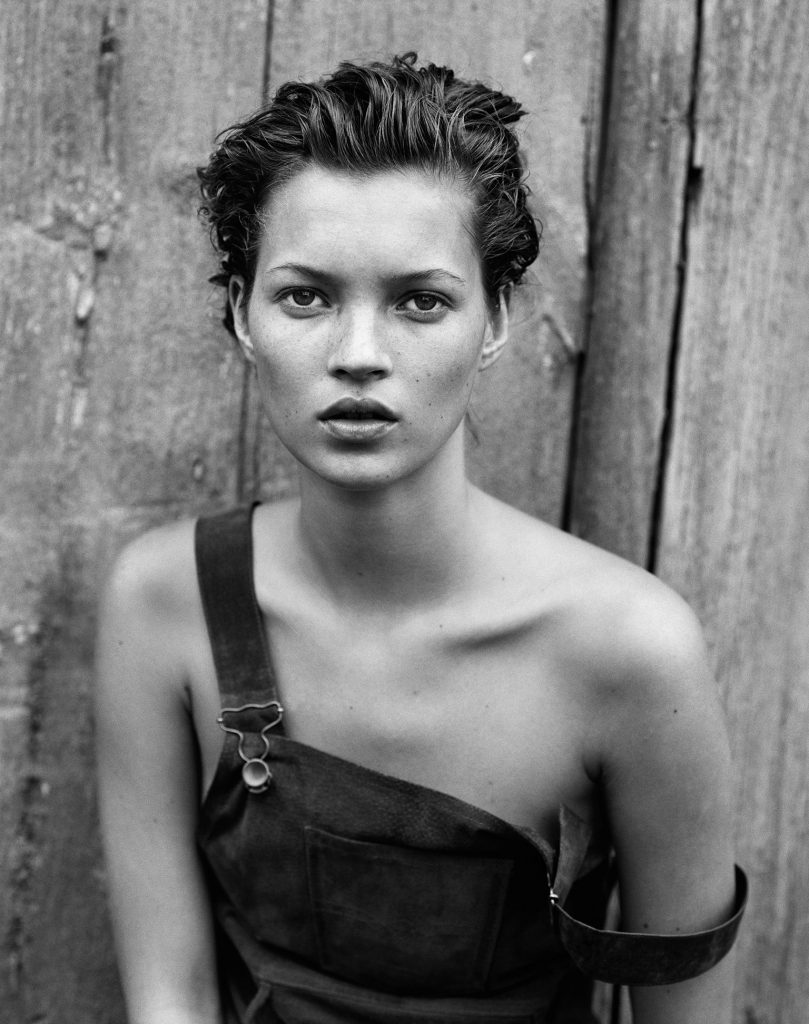 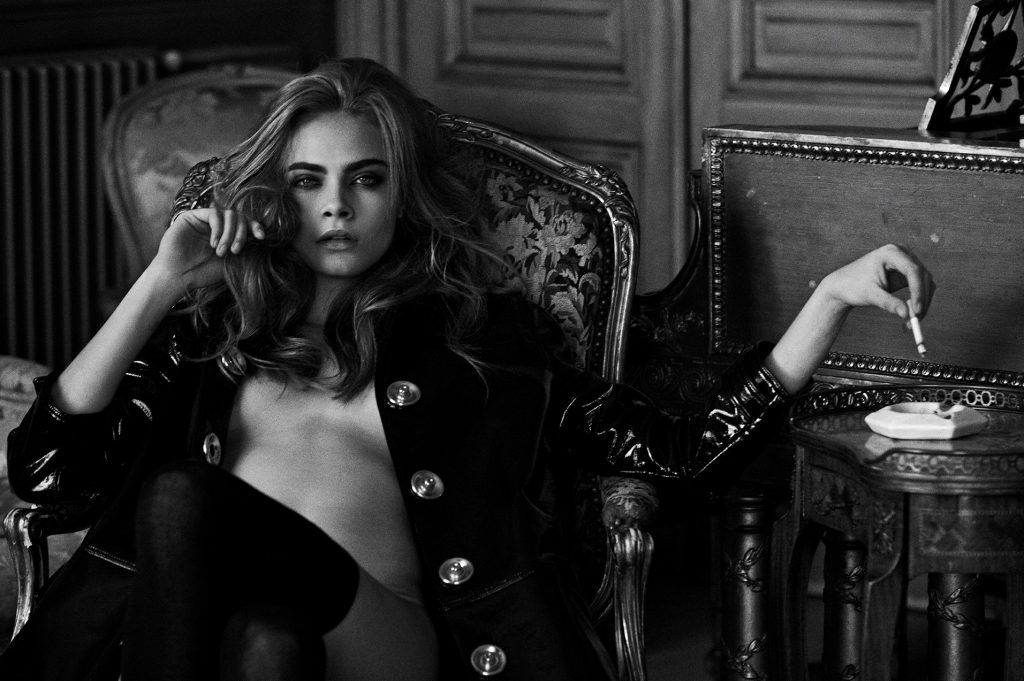 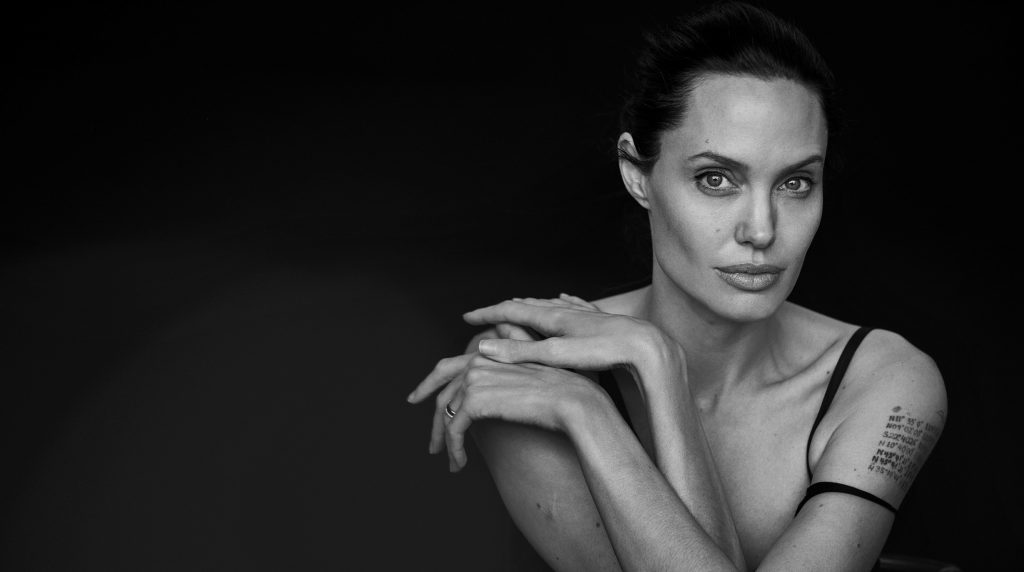 What all these have in common is that they are truthful (Lindbergh doesn’t retouch the images in now way) and timeless. His work says a lot about beauty: natural beauty, inner beauty, differences, and individuality.

“There is a clarity and an emotional frankness to a Lindbergh photograph, that somehow reaches for a kind of beauty that exists beyond all of the beautification. His pictures often have the personal qualities of portraiture, with his subjects’ eyes and energy at the fore. They are stylized and sexy, but they are also intimate, which is part of the reason why people with big personalities seem to come alive in front of his lens” writes John Galliano who interviewed Lindbergh for (now gone) Interview magazine in 2013.

“Lindbergh does not believe in any one standard of beauty. He empowers women with his lens. He believes in pluralistic beauty and cherishes what he calls traces of life. Wrinkles, different body shapes, and life stories are important to him. He is inspired by people, not at all by their social status and their fortune or level of fame. Lindbergh is not attracted to trends at all. He does not go to fashion shows or read fashion magazines on purpose. He prefers to create his own world, reference-free“ says his longtime friend and collaborator, curator Thierry-Maxime Loriot. 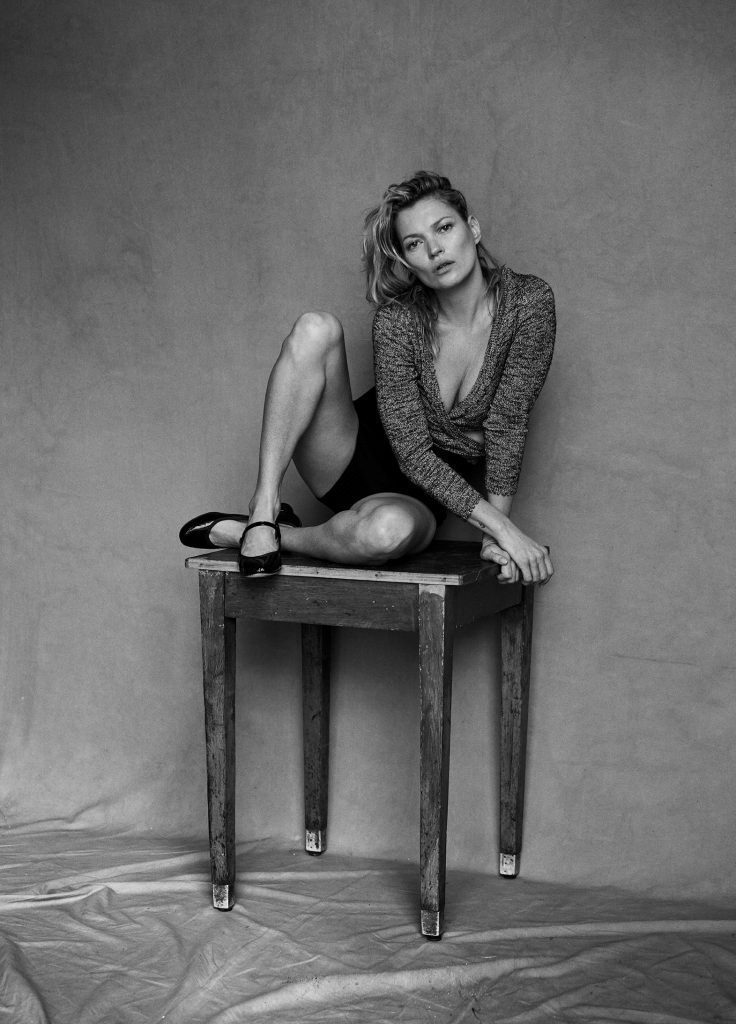 Lindbergh is loyal. He still uses the same models, even today. In 2015, his project The Reunion featured Cindy Crawford, Eva Herzigova, Karen Alexander, Nadja Auermann, and Tatjana Patitz in a remake of his iconic image. “Peter sees the beauty in a mature woman, through experience, through heartbreaks, through love,” says Cindy Crawford. 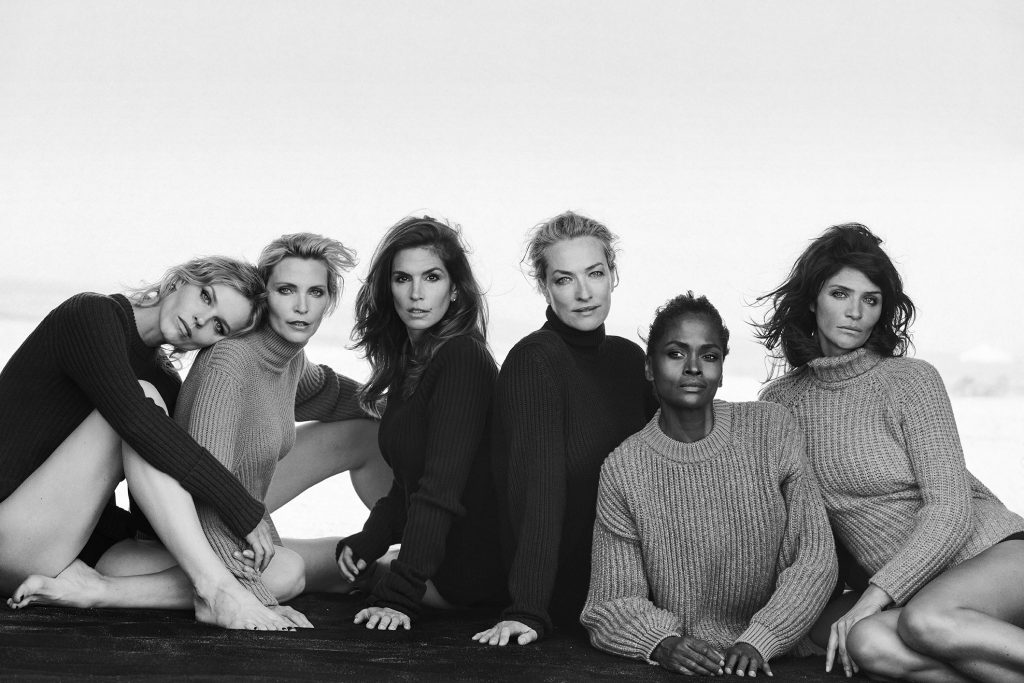 He gave his view in an interview: “My idea of beauty has never changed. It’s about having the courage to be yourself. I carried on working with these girls even when they became much more famous. My reaction would always be: “Take the makeup off. It looks terrible.” If one of them said, “Oh, I have a contract with Revlon now, I can’t go without makeup”, my response would be, “Why would you sign something as stupid as that?”.

So what does the master think of his field today? Pretty much that It has “gone to the dogs” in the way it makes women look in magazines, with the use of image editing programs like Photoshop. Also, “selfies are actually pretty much the stupidest thing that there is at all.”